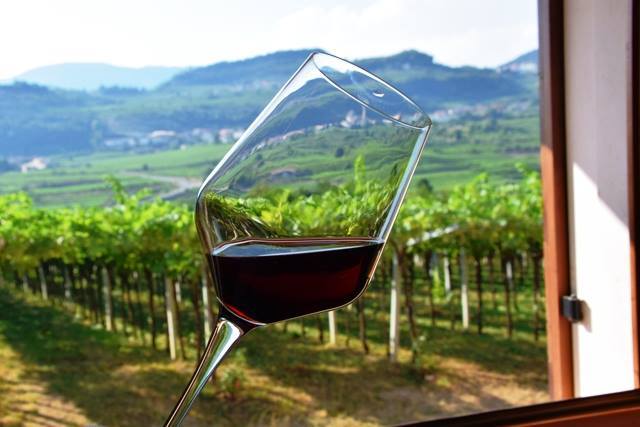 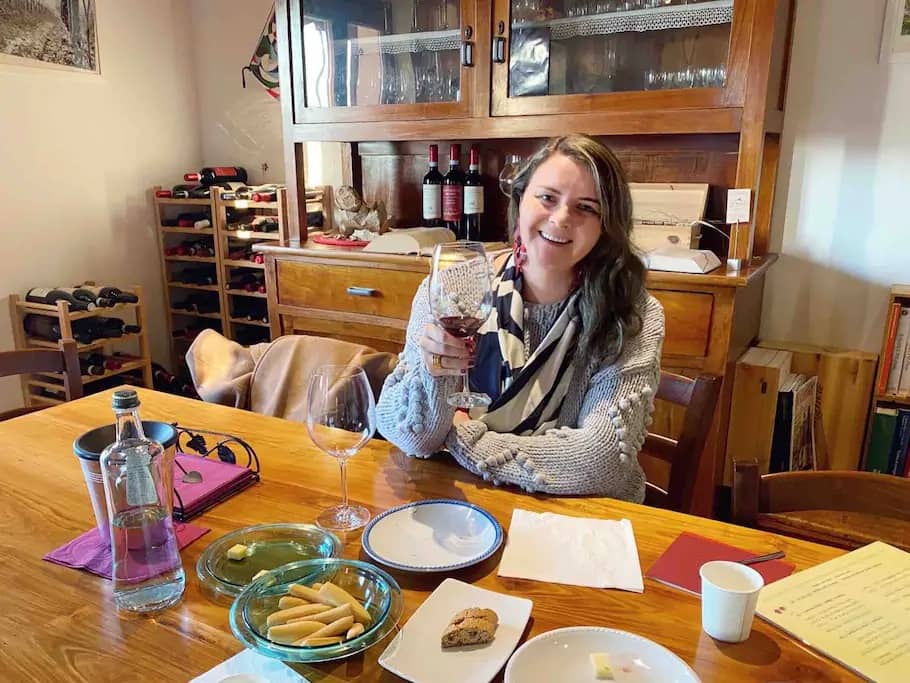 Explore the most famous Verona wine producing region with the Amarone wine tour!

Valpolicella, the Amarone wine land, is the most famous and the biggest wine producing area in Verona. In fact it includes 7 of the 10 valleys that surround the city to the north, extending for about 40 km from west to east.

We can distinguish 3 sub-regions:

Valpolicella Classica, which lies to the western part. This one is the historic region, where Amarone was “invented” in 1936. It covers the 3 valleys of Fumane, Marano and Negrar,each one with its own characteristics and terroir. Valpolicella Classica is moreover very close to city center.

While to the east extends the Valpantena, which is a single, wide valley, famous not only for Amarone but also for the olive oil production. Last but not least, eve further east is the Valpolicella DOC which includes the valleys of Mezzane, Illasi and Tramigna. These 2 sub regions are both known as “Extended” Valpolicella because they were added only in the 70s to increase the production of Amarone. But the wines from this more recent part have the same quality of those from the historic region. Only difference is that you don’t find the word “Classico” on the label.

Valpolicella grapes are red and indigenous varieties. Corvina, Corvinone, Rondinella and Molinara are the ingredients that combined together give life to the appellation wines. Corvina with its distinct acidity, low tannin content and typical hints of red fruit is the predominant variety of the blend. It also gives the unmistakable scent of cherry that is the typical note of the wines of this DOC.

A wine tour of Valpolicella allows you to immerse yourself in a complex region, where the cultivation of vines has a millenary history and ancient farming traditions are flanked by modern oenological technologies.

In fact, the “trademark” of Valpolicella still consists of a particular and ancient winemaking technique: the “appassimento” or drying method. This tecnique involves partial dehydration of the grapes before pressing. The grapes, carefully selected, are stored in large ventilated rooms for more than 100 days. In this way the winemakers are able to concentrate sugars, aromatic and polyphenolic substances thanks to the natural evaporation of water from the berries. This is the production tecnique of Amarone and Recioto, the two Valpolicella signature wines, which are always included in the tasting of each Amarone wine tour. 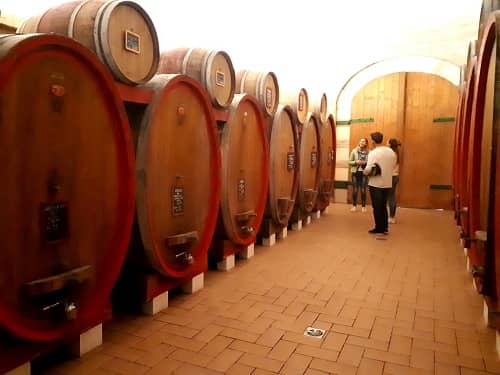 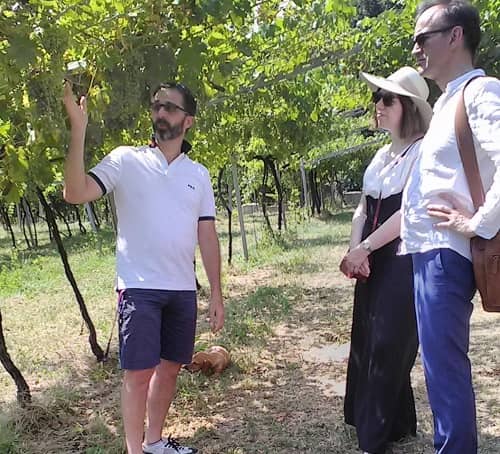 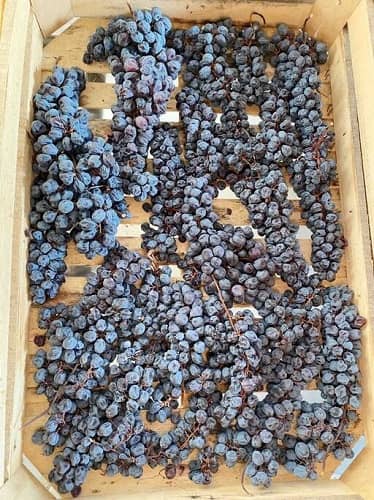 Amarone DOCG is definely the most famous Valpolicella wine. Firstly the grapes dried for 100-120 days , loosing about 40% of their weight. Secondly the must undergoes a slow and low temperature fermentation. Amarone wine is then left to mature, usually in large wooden barrels, for at least 2 years, but usually much more. Thanks to its complex bouquet and high alcohol content (minimum 14% Vol) it is considered a meditation wine, the international symbol of Valpolicella.

Recioto DOCG is a sweet and very ancient wine. In fact the first records date back to the 4th century. It is also considered the “father” of Amarone as Recioto is also produced with dried grapes . The difference stays in the duration of fermentation: shorter for Recioto (which means higher residual sugar), longer fo Amarone. Despite its ancient origin today Recioto is pretty unknown outside Verona. As a matter of fact it is mostly consumed locally, on Christmas or Easter. It is a dessert wine but also excellent with aged or blue cheeses.

Ripasso DOC, instead, is made with the re-fermentation tecnique, which has its roots in rural tradition. In fact, in the past the wine obtained with rudimentary techniques was re-passed on the pomace of the noblest Recioto to correct any faults. Today Ripasso is located halfway between Valpolicella and Amarone. Thanks to its excellent value for money, Ripasso is highly appreciated by the market.

Valpolicella DOC and Valpolicella Superiore DOC are wines produced from freshly crushed grapes (although not infrequently some wineries apply a short grapes drying). The first is a wine ready to drink, with red fresh fruits aromas. A product of wider consumption but of good quality. Superiore version has an higher alcohol content and matured at least one year. Therefore it shows more complexity and structure.

In the entire region there are more than 300 wineries offering a wide choice for the personalization of your Amarone wine tour.

Most of them are small-medium sized and family-run. Usually here the producer  (or a member of his family) guides the visitors in the cellar and in the tasting. This type of estates uses only own property grapes. The vineyards surround the winery building and all stages of production, from drying to bottling, take place on site. As a result, their wines reflect the terroir of the valley and they can vary greatly from one vintage to another one.

However, there is no lack of large wineries as well. There are in fact also big companies which boast an annual production of over one million bottles and who are the Amarone ambassadors in the world. Many of these big producers have the headquarters in historic villas and their visit offers an artistic as well as oenological experience.

Contact us to book your private Amarone wine tour!

Do you need help?

Do not hesitate to contact me for further information or inquiries.