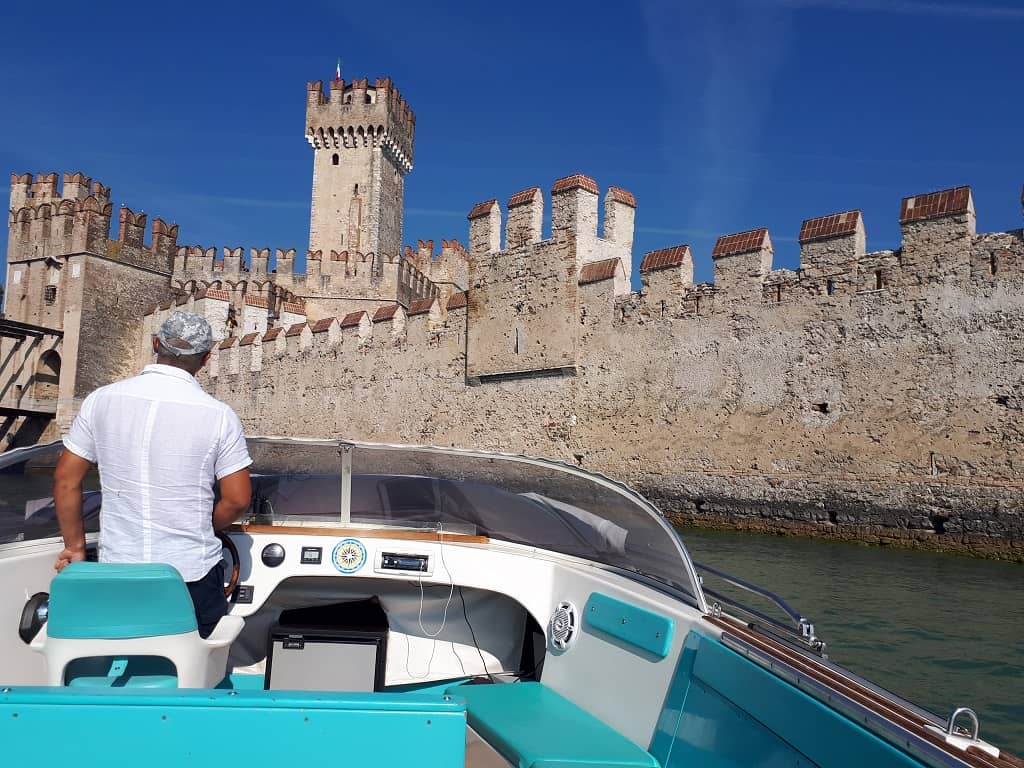 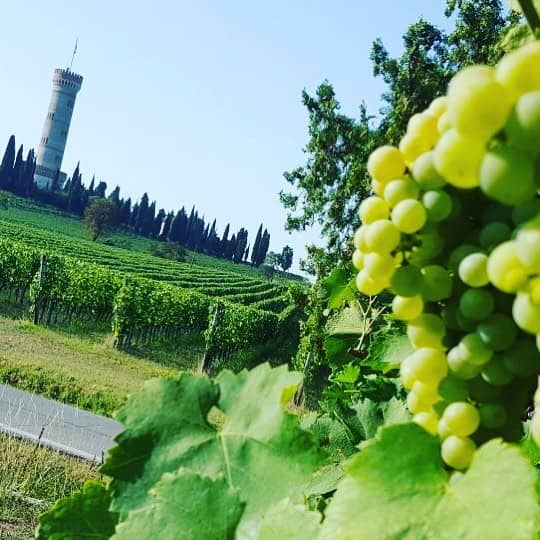 The Lugana Appellation, with its 10 square kilometers of extension, is the smallest in the province of Verona.

It lies in the southern area of Lake Garda and it is an inter-regional Appellation. In fact a part belongs to the province of Brescia in Lombardy (where most of the vineyards are located) and another part is in located the province of Verona, in Veneto (where 60% of the wine is bottled).

Although surrounded by the hills of the morainic amphitheatre, the soil is mainly flat. It’s composed of clays which plays a very important role in Lugana wine. Firstly it enhances the intensity of the primary aromas of Lugana grape: citrus fruits, almonds and aromatic herbs. Secondly clays give Lugana wine an incredible high aging potential, very rare for a white wine. In the hilly areas the clay becomes more sandy and the wines coming from these areas show a more marked acidity.

The term Lugana seems to derive from the Latin word “lucus”, that is forest. In fact, this whole area was covered by the ancient “Selva Lucana”.  It was a very thick marshy forest, which only in the 1400, it has been reclaimed to obtain land for cultivation.

Discover this charming region with our Lugana wine tour and visit Sirmione with your private guide.

The grape of Lugana wines is Turbiana (also called Trebbiano di Lugana). Even though the production regulations allow to use small percentage of other white grape varieties, the producers tend to use exclusively  Turbiana grapes. This indigenous variety belongs to the Trebbiano grape family, which is widespread all over the world (in France it is called Ugni Blanc). It has a juicy, acidulous pulp and a very delicate, almost neutral taste. 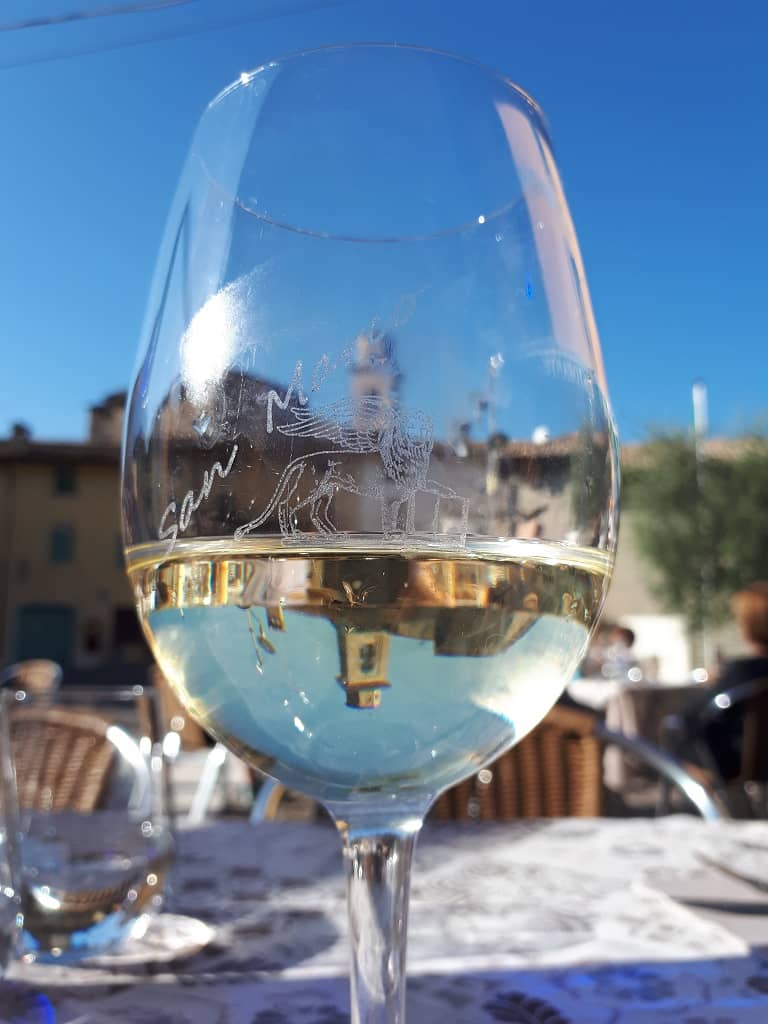 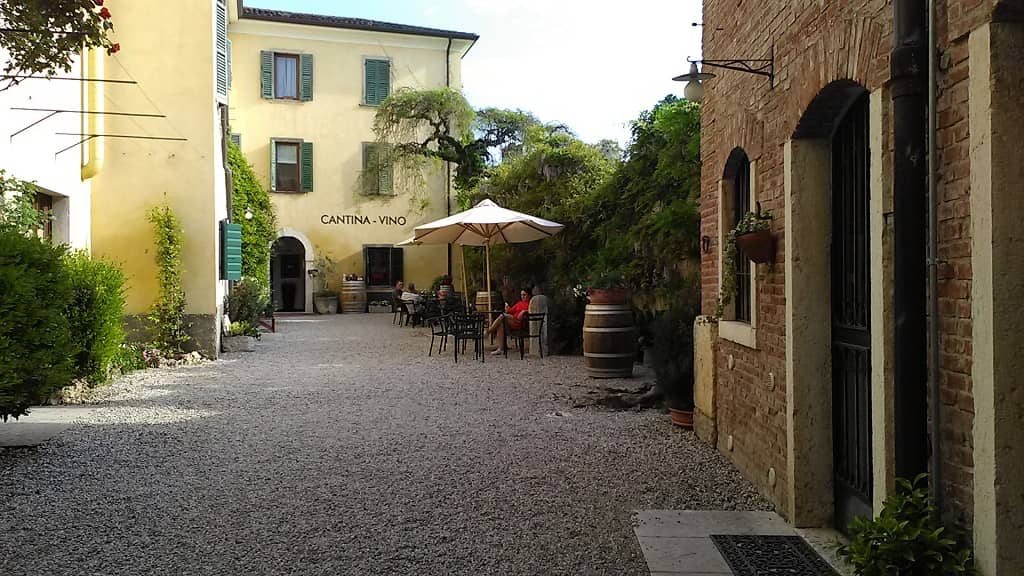 They are produced in 5 types.

Lugana DOC is the “base” wine and the best known (and produced) in the whole denomination. It is a fresh, ready to drink wine with a pale straw yellow colour. The scents are delicately floral with notes of almonds and minerals and a long, citrusy taste.

The Superiore version is a Lugana maturedat least one year after the harvest. For this reason it is more complex than the basic version. It colour has more golden shades and the aromas are more articulated with hints of wild herbs and ripe citrus fruits, combined with notes of hazelnut or spices (if aged in wood); thanks to its greater structure it can age a few years before uncorking. In the Riserva version the ageing period is extended to 24 months, of which at least 6 months in bottle. As a result, it develops balsamic and flint notes and it can remain in the cellar for up to 10 years.

The Late Harvest Lugana is a new experimental type, inspired by the Alsatian Late Harvest, or the German Spätlese. It is in fact obtained by over-ripening the grapes on the vine through a late harvest that takes place between the end of October and the beginning of November. The wine is softer and fuller bodied with a slight residual sugar balanced by the natural acidity of the Turbiana grape.

Lugana Spumante is produced using both the Charmat method (second fermentation in stainless steel tanks) and the Classic or Champenoise method (refermentation in the bottle). In the first case it keeps the primary aromas of citrus fruit together with the freshness.  While the second version is more complex with aromas of bread crust.

The village of Sirmione

Between one tasting and another, the village of Sirmione, built on the tip of a 3 km peninsula that “enters” the lake, is well worth a stop. It is nicknamed the “pearl of Lake Garda” for its unique combination of Mediterranean nature, Roman and medieval remains. A walk through its ancient streets, a visit to the Scaliger Castle or a boat ride to admire the Grotte di Catullo and discover the thermal springs off the coast complete the Lugana wine tour.

Do you need help?

Do not hesitate to contact me for further information or inquieries.